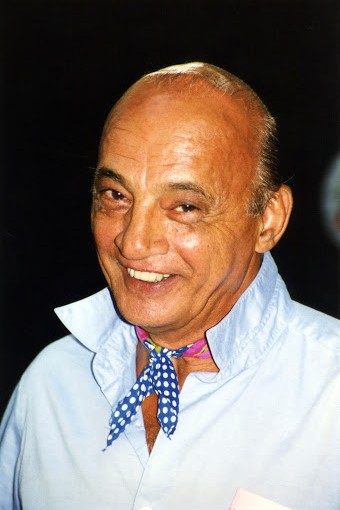 I can’t remember the exact year, maybe 1988, I went for a fast visit to Las Vegas, as I did many times. However, I never once gambled. I always felt that in the end you will lose, but more importantly only foolish people gambled. It felt good to be able to go there and not be swayed. However, I did like the stars who performed there. The Sand’s was where I always stayed, because my brother Al had a connection there and it helped a little. One time I went with my brother Al as he was trying to do some kind of business there, and I was passing through from Hong Kong. I always made certain that when traveling to and from Hong Kong I would lay over in Fresno. Always stay at my sister Jeanie’s home and enjoyed all her kids growing up.

This one time in Las Vegas, as I was milling through the crowd in the Sands casino just passing time while Al met someone on business. It was amazing to watch everyone trying their best to beat the system. It’s a sickness that just gets worse the more you gamble. I decided to go to the bar for a Manhattan, the cocktail I always drank, but stirred, not shaken. As I walked through the many gamblers, just moving around people standing around. A man came straight at me expecting me to move aside. I naturally didn’t and we came face to face and He glared at me, like I had to jump out of the way and when I recognized who he was, I smiled and bowed and waved him pass. The meeting changed my opinion of him completely. Who was he you might ask? Well he was Frank Sinatra. From then on for some reason I felt he wasn’t that happy-go-lucky guy he appeares to be on stage. Yes, his style of singing was the best, and I grew up with his singing always in the background of my life, making it a happier one, but from then on out, He lost the glow of who he was for me.