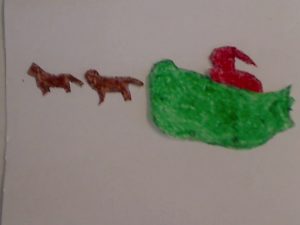 It was the night before Christmas, and it was 1998, when my little Grandchildren were very young and impressionable, Me and my 3 sons planned an event to capture their spirit. We four men went down into the garage and first made a plan, then followed through by cutting a 4 x 8 piece of plywood and using different parts of it, to create a Santa, his sleigh and 2 reindeer. (Being so long ago, I’m not sure if we painted it, but that wasn’t important as we planned to bring it all assembled way down a hill in my son Trey’s large back yard. We had purchased 3 large balloon filled hydrogen to lift them and our creation. Each of us had a particular job to do as we planned our the next steps.

Christian, my youngest, was to be the driver of our newly shaped zeppelin, and would guide it by ropes hanging down from each shape.

( a note hear, if we had a drone of today, it may have been controlled by all of us standing with the children).

Michael, my second son, had the job to shine a bright light onto Santa’s sleigh and reindeer’s, as it moved across the field. Can you imagine just what everyone would see standing hundreds of feet back onto the deck?

Well now it was Trey’s and my job to first get the girls excited about Santa coming to our house with presents, but he had many house to go to and maybe we can look out and look for him flying his sleigh and reindeer in the sky. Cell phones didn’t exist then and I don’t remember how it was done. Probably with Michael saying that he thought he saw Santa flying to a neighbors house, but wasn’t sure and needed their help to look!

Well, when it was dark and the sleigh took off, all the grown-ups went outside to search, with Trey and I directing their attention away from where it all began. Slowly we had them look where it would begin. Look and look but nothing, as the excitement built up. There! There ! One of them said as “”Santa and his sleigh“” flew across our vision. The sleigh and reindeer looked as real as real could be, even to us grown-ups. at it turned out, I think even us grown felt that it was real and we were seeing for the first time what we always dreamed of at Christmas- Santa Claus. To Finish off the night we all sang different songs, and finally my singing a solo:

“I’ll be Home for Christmas”, which I’ve done ever since!

The next morning Santa didn’t disappoint them, or even us, as presents galore for everyone were under the tree. The really the best present for the grown-ups was seeing those children truly believe Santa came last night. 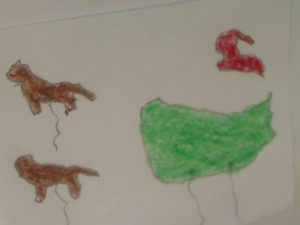 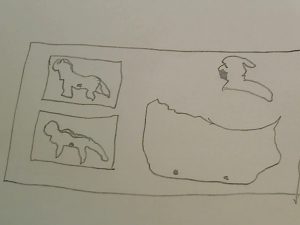